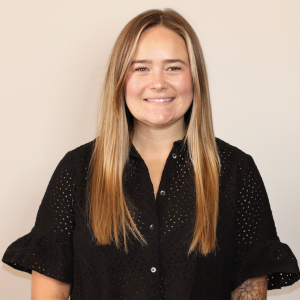 You may be surprised to hear that 85% of patients are either unaware or unsure that participation in a clinical trial was an option at the time of diagnosis. Also, a very high percentage of people said they would have been willing to enroll in a clinical trial had they been aware of one. This is why our team decided that the best approach to recruiting patients with Parkinson’s disease (PD) was to make them aware that a clinical trial was a real option. We did so through Google Search Ads, advocacy groups, and doctor’s offices. Additionally, as a team we made ourselves aware of the type of patients we were recruiting and what other treatments they might be considering.

Here are the top 5 things we learned when recruiting patients with Parkinson’s disease:

2. Patients with Young-onset Parkinson’s (YOPD) were the target market

Patients would only qualify for the Parkinson’s disease study our team recruited for if they had never received treatment for their Parkinson’s before. This is why we narrowed in on patients with Young-onset Parkinson’s Disease (YOPD) since they were the population most likely to have not yet received treatment. According to the Parkinson’s foundation, YOPD affects about four percent of the one million people with PD in the United States. Although this reduced the pool of people to recruit from, we were able to focus on the YOPD population more closely and ultimately enroll the study.

As mentioned, we focused on recruiting patients with Young-onset Parkinson’s disease (YOPD). One of the challenges we faced when recruiting these specific patients was that more people are exploring natural remedies for treatment. According to John Hopskins Medicine, some of these remedies include natural supplements, Tai Chi, Yoga, Massage Therapy, Movement Therapies, Acupuncture, and more. Although these are great ways to ease symptoms and enhance quality of life, they are still not a cure for the disease. We were pleased to find that these patients were still willing to participate in the study in hopes of finding a cure for all people suffering from Parkinson’s disease.

The research sites involved in the Parkinson’s disease study we worked on were a very important part of this study; and, many of the patients that participated in the study were patients of these research sites already. The Parkinson’s Association of the Rockies states that most people with Parkinson’s are advised to see their doctor every three to six months. Therefore, we provided study materials to be given to the patients so that they could sign up for the study after reviewing the information with their doctor. The doctors and their medical staff were imperative in communicating information about the study to their patients.

Learn more about how Clinically Media can run customized, patient-centric recruitment campaigns for your trial.

Let’s get to work

You’re not just another client with us. You’re a partner. We take on your project as if our business depended on it because well, we know it does. Why Patient-Centricity is Key to Clinical Trial Success

These insights into patient participation have sparked a shift in the Biopharma industry — to incorporate patients’ perspectives and needs at each step in the clinical trial process.

We have successfully met various clinical trials’ patient enrollment goals both timely and cost effectively by implementing the methods below. In this post, we’ll provide 10 things that we learned recruiting patients for hyperhidrosis clinical trials, and how it applies to our overall patient recruitment approach.